The former Chief Dzongkhag Agriculture Officer of Tsirang Dzonkhag, Mr. Pema Chofil appointed as the new Program Director of Agriculture Research and Development Centre (ARDC), Bajo, joined the center on the 20th April, 2017. The ceremony started with reception by ARDC staff followed by a Marchang Ceremony and handing taking of the centre. This was followed by Tashi khaddar offering by the staffs and ESPs of the centre. The ceremony was also attended by other RNR staffs of Wangdue Dzongkhag. 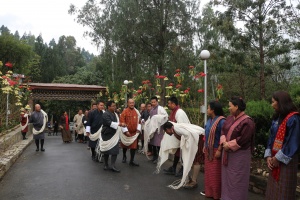 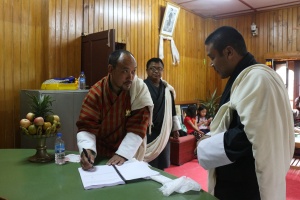 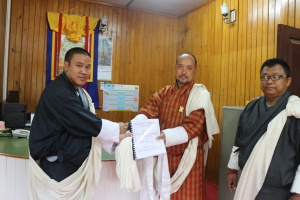 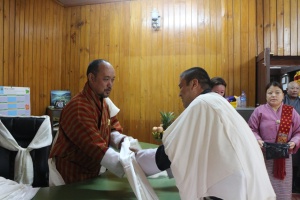